This article cites the results of some early blockchain trials by the Bank of Canada, revealing some of the enterprise limitations of DLT in its initial generation — like privacy and resiliency — but these are critical lessons to be learned. The future of DLT remains promising, though this example illustrates the importance of delivering a Trusted Digital Ecosystem that is enterprise-ready:

Jasper tested two distributed ledger platforms. Phase one was built on “Ethereum,” which the bank said made the system more resilient but would be costly and raised key issues including privacy. Phase two, which began in December, used “Corda,” which addressed those concerns, but made the system less resilient. Corda was developed by the R3 fintech consortium, which includes Canada’s largest financial institutions.Read more: http://www.dailymail.co.uk/wires/reuters/article-4543156/Canadian-trial-finds-blockchain-not-ready-bank-settlements.html#ixzz4iaVbDkSD 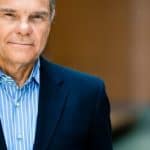 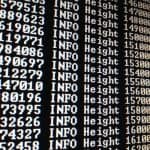